An interview with author and professor, Joshua Clark Davis 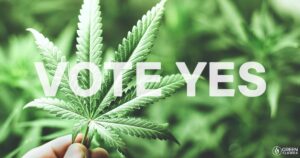 We’re at the brink of something. And it’s massive.

We’re a billion-dollar industry and growing, made up of tens of thousands of individual businesses across the country. With the rapidly turning tide of legalization, thousands more are joining every day to cash in. Our horizons are laden with opportunities. But if we’re to navigate the rocky paths to get there, we need to lift the fog. Who are we? Head shops? Smoke shops? Contemporary tobacco? 61 years in existence and we’ve yet to even define that much. Where are we going? How do we sustain the momentum we’ve worked so hard to achieve?

Believe it or not, we’ve been here before, albeit in a pre-digital era. Perhaps, if we want to understand what’s ahead, we should take a gander at what’s behind us.

It was Confucius who said, “Study the past if you would define the future.”

Few of us know the story of how head shops came to dot the American landscape. Most of what we do know is conjecture shrouded in a haze of “he said, she said,” and filed under “who gives a shit.” Believe it or not, the industry wasn’t born when the doors opened at the first CHAMPS show, nor was it conceived when Snodgrass first laid out his fumed pipes on a Dead lot blanket, though these were pivotal moments that can’t be discounted. 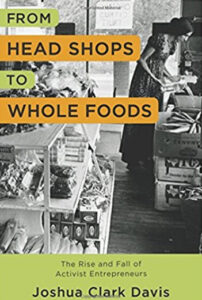 Fortunately, Baltimore University Professor and author, Joshua Davis did give a shit, and took the time to catalog our beginnings in his book, From Head Shops to Whole Foods: The Rise and Fall of Activist Entrepreneurs, as well as his research essay, “The Business of Getting High: head shops countercultural capitalism, and the marijuana legalization movement.” He was also kind enough to discuss his work over the phone for a couple of hours on a recent Friday afternoon.

“The book [and the article] is about activists and hippies who started small businesses in the 60s and 70s. They wanted to advance their movement,” Davis explains. “They wanted to create ‘free spaces,’ basically places where people could meet, where ‘longhairs’ and activists could meet, places where they thought they wouldn’t be harassed or just totally demeaned by business owners and law enforcement.”

Our story begins in the Haight Ashbury district of San Francisco. The year was 1966. The Vietnam fiasco was at its zenith, the counter-cultural revolution was taking root across the country, and the increasingly bohemian Haight Ashbury was becoming its incubator. 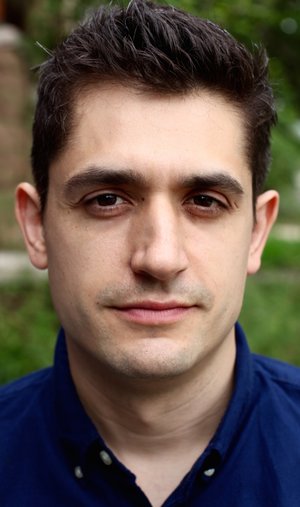 “It was amid this transition that Ron and Jay Thelin opened the Psychedelic Shop at 1535 Haight Street,” Davis writes. As if to intentionally pucker the hindquarters of those involved in the current space, the Thelins offered “a wide array of seemingly incompatible goods,” each of them “believed to heighten and enhance the effects of both LSD and marijuana.” At the time, there were no laws governing the sale of paraphernalia for the Thelins to break. In fact, and LSD was still legal in California. It was open season.

Though business owners on paper, the Thelins were more heart than head, and prioritized the community they were there to foster over their bottom line, perhaps to a fault. When they lost a chunk of their inventory to water damage from fire hoses meant extinguish the blaze of an apartment that caught fire above them, the Thelins didn’t replace it. Instead, they opted to use the resulting extra space as a place for meditation. Not long after, Davis recounts in his essay, “The Thelins . . . announced plans to incorporate the store as a non-profit and sell shares on the streets of the Haight for mere pennies.”

Order in the store quickly unraveled as actual paying customers became evermore scarce while the meditation room devolved into a “crash pad” for burnouts. The business officially closed on October 6 of 1967. A pretend wake was held commemorate “the death of the hippie” that included a procession down Haight Street of more than 80 activists carrying a mannequin in a cardboard coffin. It ended in an all out looting of the shop, sanctioned by Ron Thelin. 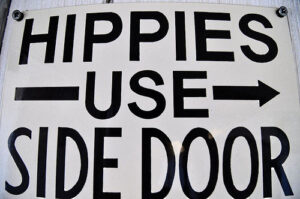 But where they failed in business, the Thelins succeeded in fostering a national movement that doubled as an economic force, perhaps unbeknownst to them at the time. Stores were springing up all over the country offering similar spaces for the “longhairs,” as well as similar articles to accommodate their journeys. There was the Head Shop in New York, New York, The Birmingham Balloon Company in Denton, Texas, followed by dozens more in every major city. The Thelins were wrong; the hippie wasn’t dead, just in dire need of a business course or two.

The seventies saw exponential growth for the industry. “I think the big thing about head shops—and what really changed about pot—is that in the mid to late 70s, it became very, very commercial,” says Davis. “Number one, High Times Magazine debuted in 1974 and it’s instantly a major success . . . it becomes a venue for not only . . . pot, but it also has all these ads and articles for and about head shops. That is both symptom and cause. But just in general, pot becomes more accepted. It’s being decriminalized . . . there were 12 or 13 states that decriminalized between 74 and 78.”

Compared to today’s standards, the 70s head shop was a literal free-for-all, with items for anything from cannabis to coke being openly sold with little repercussion. The industry was “wide open,” as one industry professional recalled. Rumor has it that even Sears was in on the action, featuring a water pipe for sale in at least one edition of their catalog. It was also during this time that NORML came into existence, funding itself primarily from the proceeds of merchandise sold in head shops.

“It is not accidental that under the Presidency of Jimmy Carter, America has gone this far down the road toward becoming a nation of pot-smoking zombies,” War on Drugs editor, Nora Hamerman wrote in the Executive Intelligience Report in 1980. Indeed, many speculate the Carter administration was on the verge of legalizing cannabis before the Studio 54 incident of 1979, wherein his closest aids were alleged to have snorted cocaine. Apples and oranges though these substances may be, the scandal stopped the movement dead in its tracks. 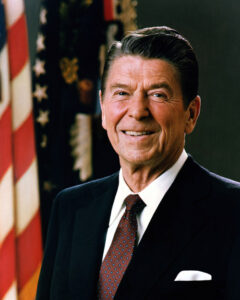 That same year, the DEA created the Model Drug Paraphernalia Act. As Davis describes it, the act was “boiler plate legislation” the states could easily adopt to crackdown on what the increasingly conservative populace saw as a growing epidemic. The election of Reagan put the final nail in the coffin of the possibility of legalization, while the states’ adaptation of the DEA’s Model Act became the catalyst for the industry’s ultimate divorce from the movement that had spawned it.

Had activists like the Thelins still dominated the industry’s landscape, this chapter of our story may have had a different conclusion. But as Davis previously noted, the 70s’ commercialization of the culture brought in a different strain of entrepreneurs who preferred the bottom line over a higher cause. There were some exceptions, but for better or for worse, most opted to live to fight another day, while others preferred not to fight at all. The movement, if there was really one left to speak of, went silent, giving way to the “Just Say No” decade.